Welcome to OldChevelles.com, built by Auto Enthusiasts for Auto Enthusiasts. Cars are not our only interests so please feel free to post about any subject the community might enjoy or you just feel you need to air.

We respect free speech and constructive dialogue however we don't condone threatening talk against members or pornography. Threads are monitored and trolls are not tolerated.

This site is completely free and there are no costs. Please enjoy and provide feedback.
You are using an out of date browser. It may not display this or other websites correctly.
You should upgrade or use an alternative browser. 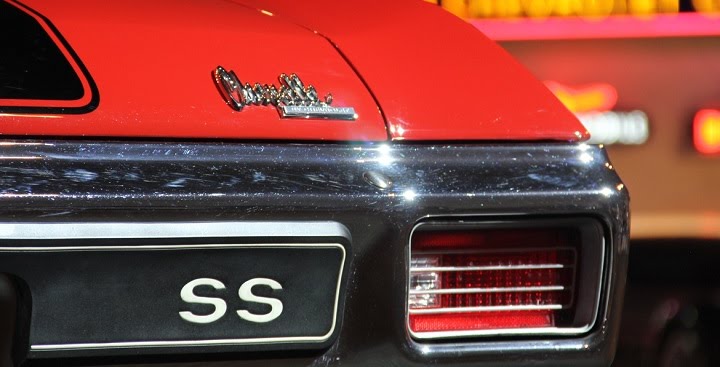 Trans-Am Worldwide, the Florida-based manufacturer behind the sixth-generation Chevy Camaro-based Pontiac Trans-Am recreation, will debut its modern-day take on the iconic 1970 Chevelle SS this month.

Dubbed the 70/SS, this new model from Trans-Am Worldwide will be styled to look like the ’70 Chevelle SS, but will feature modern-day tech and creature comforts. Like the company’s modern Pontiac Trans-Am, the 70/SS will likely be based on the sixth-generation Chevy Camaro. 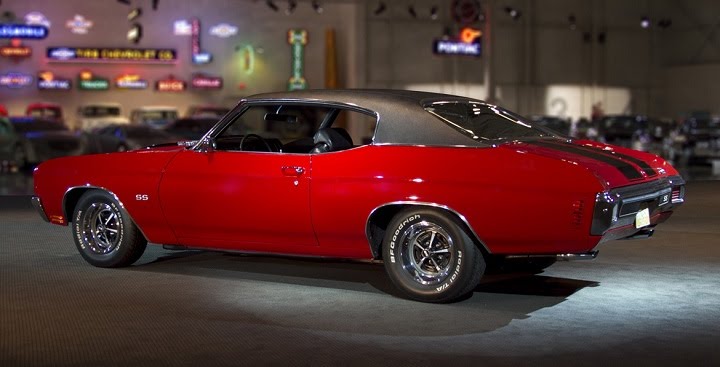 1970 Chevelle SS in the GM Heritage Center
Trans-Am Worldwide says it will offer three trim levels from launch, along with four different performance packages. The entry-level powertrain setup is a naturally aspirated 6.2L LT1 V8 rated at 450 horsepower, which is the stock engine offered in the Camaro, while the range-topper will be a forced induction LSX 454 good for up to 1,500 horsepower. Both manual and automatic transmissions will be offered.

Every 70/SS produced will be a convertible with an optional removable hardtop. The company says it will offer a variety of heritage colors inspired by real 1970 model year Chevelle colors, along with various modern day gloss and metallic options. 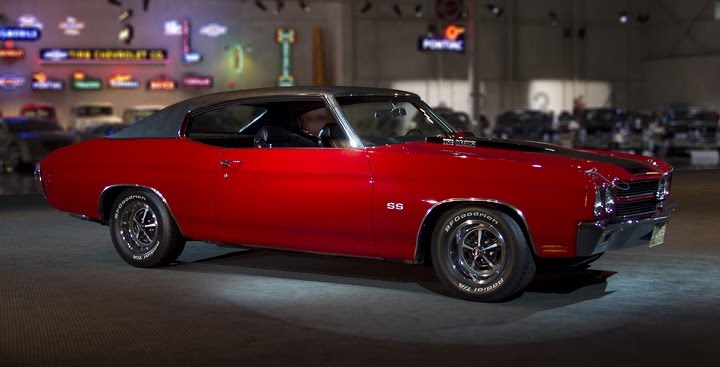 Trans-Am Worldwide founder Tod Warmack said the company will soon start work on a complete redesign of their existing Pontiac models and has now turned their attention to the 70/SS.

“We’ve been building the modern-day Trans Am for 12 years—several hundred on two different platforms,” he said. “It’s time for a complete redesign, so the Trans Am is on leave until we reintroduce the new design. We’re now focusing all of our efforts and resources on the 70/SS. The timing of this release could not have been better.” 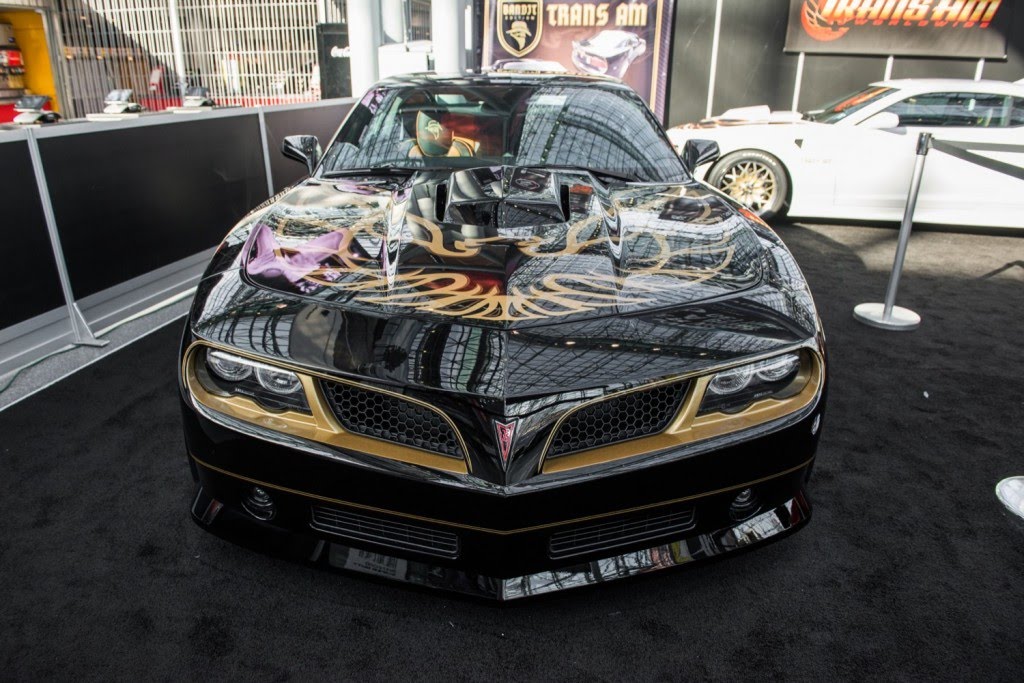 Trans-Am Worldwide Hurst Bandit Edition
Pricing for this new Chevy-inspired model will start at $150,000 and go up from there. The order books will open immediately after the vehicle’s debut on Saturday, May 14th at 4:00 pm EST. The unveiling will be live-streamed on Trans Am Worldwide’s YouTube channel.

Do we have an edit button?

You should have an edit button on the bottom left next to “Report”.

Where’s the line of guys that are ready to spend $150k on a resto-rod? I don’t understand it.

All their other products are Camaros with body kits.
That's what this will be too most likely.
K

Thanks for the edit info.

Im calling them now. They are down the street from me and I want to talk to them !

Just called and talked to a Gentleman there. He is going to try and get Jennifer and I tickets to the below. He seemed pretty responsive as he stated they want Chevelle community support there. I also asked if they needed 70 Chevelle back drop cars and he said they looked at that early on but decided a different direction.

Ill keep you all posted. 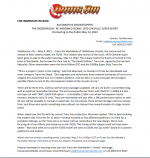 Well, got entry VIP passes this afternoon though they are over booked.

And we were welcomed to bring the Chevelle. Now a buff and wax weekday tomorrow !
Last edited: May 12, 2022

Thank you to Kawickrice for posting that this was going on. I made a few calls around and no one local had heard anything about this. The gentleman I talked to on the phone from Trans Am was very nice and welcoming. He sounded as though its been an exciting time for them.

I have passed by their shop hundreds of times and never thought to take a trip. I've seen some of their cars in person and like personalization and difference it brings to a sometimes mediocre car market in looks. As mentioned above, we know this is a kit as they are based off the new Camaro. Not everyone's cup of tea and would be hard pressed to appease the majority of masses. Especially diehard Chevelle followers like us. And even worse to Chevelle purists like others of us. We must face the times that the Chevelle isn't coming back though many have hoped since the long running Dodge Chargers and Challengers retros. With the current path gm is on, it just isn't happening. gm had their chance and went with the SS and Pontiac G8.

This 70/SS is as close to new as we are going to get. I just want it be be done tastefully. I too like the chrome and accents of the originals but sometimes this does not go well with the current styling. I hope to get LOTs of pictures.

It’s the wheelbase difference that will make a difference. The illustration above looked good. In the light of day it’s hard to imagine how to scale the overhangs to make it all proportional. I’m not a grumpy old man and can appreciate craftsmanship when I see it.

But I’m more of a purist. A high school friend’s grandmother purchased, at his dad’s preference a brand new Cranberry red LS5 Chevelle SS. My friend ended up with that car a few years later (a story for another day). That became such an ideal car for me and many. I spent many hours ogling that car as a 14 YO. Besides a 427 ‘69 Vette, it was the coolest car in town.
A

Alan, where did you see the illustration?

Alan, where did you see the illustration?
Click to expand...

I screwed up. I thought the Chevelle above in the announcement was it. However its the real deal from the GM Heritage Center. As Emily Latilla is fond of saying: "Never mind."

I agree Alan. With the Camaros shorter WB of about 5" and OAL 10" shorter, Im curious to see how that distance is utilized without looking 'chopped off'. There will never be another Chevelle, especially the ones we have.

I'm also wanting to see the bodylines of the Camaro. We have to remember that this is not a Chevelle and its 52 years later. On the Camaro I can still see a resemblance of the rear fender 'raised hip' over the tire, a little bulge out around the fender wells, the 70 flair down the side of the car replaced with the Camaros line. The 70 lower rocker indent and the Camaro flair out in the rocker. Slight more dip or transition from the top of the front fender to the 70s light bezels. The ramp up in the Camaro lower rear quarter window is there though a little drastic. The Camaro would need a more squared off quarter window. Get rid of the Camaro rear spoiler.

Thoughts? Ive got a lot of questions once I get there. 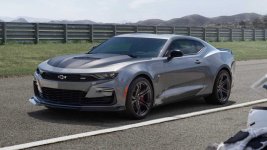 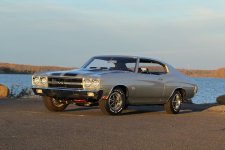 One would think with crate engines and crate bodies it would be easy enough to remanufacture the whole car. I’m pretty sure that prospective buyers would not be interested in a concours correct car but an upgraded example with modern stuff like racks and IRS and air bags and ABS and quiet as a church mouse. Flush the glass. Build an underbody structure that would replace the frame and modularize the running gear and open up the inside proportions by converting it to a unibody. Plan production runs of 100 cars and get volume discounts on your componentry. Presale them and take deposits on completion percentage. Depending on the cycle time to build 100 start another 100 before you’re done with the first. There I go rambling again.

Dynacorn Classic Bodies for $17k
Complete chassis probably another $20K
Engine and Trans $25K
and you're already at $62K
everything else, Paint and Labor trying to keep it under 100K would be nice. So as to try and put it in the place of the real people.

Cage, I hope you enjoy the reveal. When I posted the article I had no idea they were out of Florida much less in your home town.
I posted to OCS too and most poo pooed the thought of a new Camaro to resemble a Chevelle.
I think the GTO they did is cool but a little funky. I hope the Chevelle is a little less funky but we shall see soon enough.
Post behind the scene pics if you can, I find it interesting and think we would all enjoy looking through your VIP lens. Have fun with it.

They do have a different vibe to them. And as we elude to, they aren't the real thing. Like all aspects of hot rodding, its not always what's mainstream or always acceptable. I find it ironic in our hobby that there are those that say 'hot rodding' is the culture of everything cars and mod'ing, but then crap on others taste of hot rodding just because it isn't their point of view. They don't have to like it. They don't have to spend their money on it. But I do take their opinion because thats how we learn, grow, pass on the passion as a whole.

In the of this Camaro Mod, it may not be for us because we have lived our hot rodding and have our Chevelles. But it has to be about keeping the life going.

If got a lot of questions and pictures hopefully to take.

The audio was terrible trying to listen to the presentation of the car. Looks like it is roomy and comfortable inside but I didn't really care for the outside. I guess they start at $150k for that price I would rather get a restored 70 LS6 car. We lived when a car was a car not with the crap they're coming out with now.
Last edited: May 14, 2022

Ok. We just got back. The Audio was horrible there as well. A great time though. We drove the Chevelle and parked it at the front of the building next to the walk in Gate. We received lots of great compliments.

So, what did you all think of the pictures and video? I'm going to upload some here.

I thought it was amazingly done and very tasteful. You might not see from the pictures but it has SOOO much detail. If anyone was watching I was in a Gray button down.

Got some time with the designer/engineer as well. So some points.
1. This car was in development for about 7yrs total. Built in 2yrs.
2. He said he chose green because his mothers 70 that he rode in when little was green.
3. It is based on the gm American Alpha Chassis. Nothing else of the Camaro body was used.
4. Complete Carbon Fiber body they produce in house.
5. Engines will be built in house as well. this one was a 396 with 800hp. the base will be an LS 450hp. They will build x20 454's with 1300hp. They will also be developing a 454 with twin turbos (Pics below).
6. Exact WB, length, and HT of the 70 Chevelle.
7. The Cowl Induction flapper does work and open at an RPM but is non functioning to anything. Eventually they want it to open when the turbos spool for the waste gates.
8. There will be one available with Chrome Bumpers.

PICTURES IN A FEW MINUTES